COVID-19
Info
for the Keweenaw 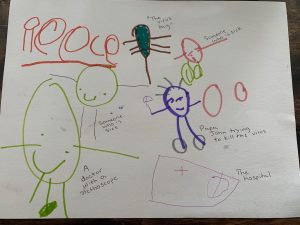 2018 Michigan Association of Broadcasters station of the year!

Houghton Community Broadcasting is proud to announce that 97.7 The Wolf, WOLV-FM, is the Michigan Association of Broadcaster’s 2018 Commercial Radio Station of the Year for Market Four.

It’s the first time that a station part of the Houghton Community Broadcasting’s radio group, consisting of WOLV-FM, K-Bear 102.3 WHKB-FM, and 99.3 The Lift/1400AM WCCY-AM/FM, has won the award.

WOLV-FM is part of The Michigan Marks Group, a group of radio and television stations owned by Stephen Marks.

Along with winning Station of the Year, WOLV-FM took home six “Best” awards and two “Merit” awards, including:

The 2018 Broadcast Excellence Awards were held in Lansing, MI on Wednesday, March 6, 2019 at the Lansing Center as part of the Great Lakes Media Show.